Reverend Alexander Sharp who heads up Clergy for a New Drug Policy joins DTN host Dean Becker to discuss the morals, the punishment and the advocates of eternal drug war + Matt Simon, long time policy man for the Marijuana Policy Project who now works within the cannabis industry shares his thoughts on progress, corruption and the road going forward.

Former Congressman Beto O'Rourke is helping to leadThe Poor People's Campaign: A National Call for Moral Revival & the Texas Poor People's Campaign. He and Willie Nelson are inviting folks to a Georgetown-to-Austin Moral March for Democracy culminating in a Rally at the Texas State Capitol on Saturday, July 31. Calling for an end to the filibuster, in favor of the For the People Act, restoration of 1965 Voting Rights, $15 Hr and more. Also on this weeks show, Dr. Rick Doblin Exec Dir of Multidisciplinary Association for Psychedelic Studies in Houston to participate in a Congressional Healthcare Summit hosted by US Congressman Dan Crenshaw.

Former Executive Director and now a board member of LEAP, Law Enforcement Action Partnership, Richard Van Wickler (Ret.) began his law enforcement career in 1987 and served as the Superintendent of the Cheshire County Department of Corrections in Keene, New Hampshire, from 1993 to 2019. Van Wickler is a former adjunct professor of American Corrections at Keene State College, where he taught for 14 years.

St. John "SinJin" Barned Smith is a Houston Chronicle reporter with a focus on the criminal justice system. The Harding Street fiasco is a main topic + Abolitionists Moment for Houston

US Marshall Mathew Fogg (Ret) served our nation with 32 years service and now heads up "Bigots with Badges" + sound advice for drug users and their parents from Dr. Joel Hochman

Jimi Devine, a reporter based at LA Weekly writes on every aspect of drug war policy and drug wars failures.

Major Neill Franklin (Ret) discusses law enforcement, the Peelian Princiiples: The goal is preventing crime, not catching criminals. If the police stop crime before it happens, we don’t have to punish citizens or suppress their rights. Corruption and greed are stopping most departments. 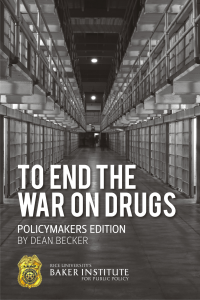